The Price of a Bib

To most Americans, the word “bib” conjures up thoughts of mashed peas strewn about a messy kitchen. To William Hicks, Kenneth Harms, and other professional golf (PGA Tour) caddies, however, bibs have been a reviled piece of their profession. Now, however, the logo-laden bibs might be a cash cow.

In February 2015, Hicks – who had previously caddied for golfers Payne Stewart and Greg Norman – filed a multi-million dollar lawsuit in the U.S. Court for the Northern District of California, seeking remuneration for the alleged exploitation of caddies for many years. Hicks has petitioned the court to certify the plaintiffs – all PGA caddies – as a class, which would allow them to raise a class action lawsuit against the golf association for the practice.

At the heart of the caddies’ lawsuit is the PGA custom of caddies wearing bibs advertising the tour’s corporate sponsors – such as Coca-Cola or Buick – without any compensation. While caddies are given considerable autonomy in selecting and wearing apparel sponsors, they are expected to wear bibs that are prominently shown wearing the logos of the tour’s sponsors while competition is occurring. The substantial revenue the tour has earned as a result of the advertising, the plaintiffs contend, means that they are owed a considerable amount of money, particularly given that it has limited their ability to highlight their own sponsorships.

The plaintiffs allege this conduct is monopolistic and in violation of the federal Sherman Act, as the Tour “exercised control over the caddies’ capacity to endorse their sponsors’ products and services.” This, they argue, has reduced the supply of potential endorsers and has meant lost income for caddies. They also allege other legal remedies, such as the Tour unjustly enriching itself off the caddies’ conduct, the misappropriation of the caddies’ likeness, and a breach of contract between the caddies and the PGA.

It is possible that the league will defend its bib practice, Golf.com mentions, by saying that it falls outside the PGA’s required caddy “uniform,” which includes khakis, a collared shirt, and more. Likewise, the article mentions that the league might also point to the lack of prior argument about wearing the bibs to be the caddies’ tacit consent.

However, the plaintiff’s complaint – and generally known facts – highlight the importance of the bib to the PGA; according to the Golf.com article, former PGA caddy James Edmonson removed his bib at the end of a round so he did not have to wear it during a one-hole playoff, and while he was not punished, he was required to explain his decision to the Tour. Likewise, in the complaint, the plaintiffs allege that the Tour spoke directly with players to ensure that the caddies they choose comply with the bib policy, and has even threatened to prohibit caddies from receiving endorsement money from sponsors that compete with their own.

There is also some belief that the league will argue that the bibs increase the marketability of the PGA more generally, which has a tide-rising effect for all of the tour’s participants, including the caddies. However, the plaintiffs still contend they were wrongfully appropriated for advertising, and that even if it has helped the sport as a whole they should still be properly compensated.

In all, given that there is likely substantial merit to the caddies’ argument, Hicks’ case will likely survive the court’s original summary judgment determination, which determines whether the case is worthwhile enough to move toward a jury trial, as the plaintiffs have requested.

That being said, it is very possible the Tour will seek a resolution to this case as quickly as possible, as a settlement will almost assuredly be cheaper and less detrimental to the PGA’s image than prolonged litigation, particularly if the case develops into a full-fledged class action. This is also of particular issue here, because the suit was brought in the same court as the recent O’Bannon v. NCAA claim that led to a verdict against another sports conglomerate under somewhat similar claims.

Thus, the bib that had long been a bane to caddies might just become a boon to their bank accounts in the not-too-distant-future. 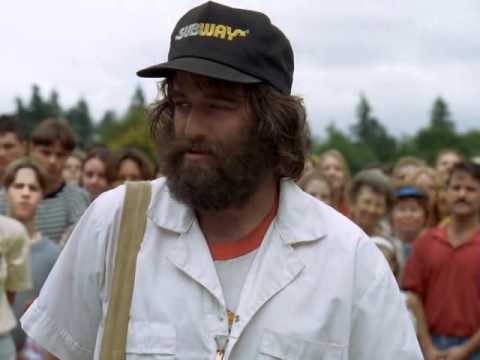